Structure of the Motorcycle Test

The structure of the Motorcycle test differs from the Light and Heavy Motor Vehicles – make sure you know the differences! 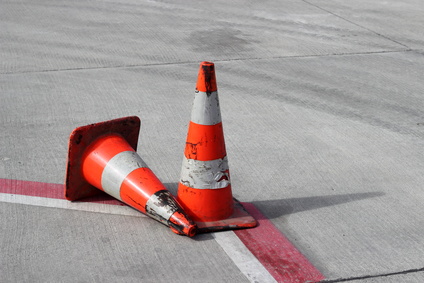 There are two parts to the South African Driver’s Licence Test for Motorcycles. You need to pass both of them in order to gain your driving licence. Ensure that you go through both parts with your driving instructor so you are clear on what is expected of you during the driving test. If you fail the Yard Test (the first part), you will not move on to the Riding Test, and will therefore not get your permit. You will have to follow the K53 method of driving during both parts of the driving test.

Yard Test: Pre-trip inspection, and rider will need to demonstrate that they can mount and dismount the bike, start it, move off, turn the bike, control its speed, change lanes (to the right) and demonstrate moving off an incline.

Riding Test: A rider will need to demonstrate moving off, judging speed while turning, perform a controlled stop, an emergency stop, and an emergency swerve at the request of the examiner.

Both sections of the motorcycle practical test are done in the yard at the driving licence testing centre – no parts will be conducted in traffic. There is no time limit for the first part.

You get only one attempt for the following: Turning left, moving off, and lane change to the right.

You get three attempts for the following: Speed control.

You do not get these attempts if you perform any action that disqualifies you immediately.

You get three attempts to perform each action. You do not get these attempts if you perform any action that disqualifies you immediately.